The move continues the group’s expansion into Europe and is the largest single park the company has acquired to date.

“With this acquisition, we increase the company’s annual recurring revenues to over €17 million, up from €4 million at the end of 2020, and we expect to maintain our average EBITDA margins of approximately 80%,” said the group’s finance chief Joseph Duey.

“Our successful acquisition strategy is allowing us to continue to grow rapidly and we look forward to fully completing the current 150 MWp portfolio and thereafter announcing more transactions from the 1.2 GWp additional contracted backlog we signed during Q1 2021, subject to successful due diligence on these projects.”

The LJG park becomes part of over 150 MWp total capacity the firm has planned from the proceeds of its €110 million placing of green bonds and €27 million equity in December last year.

The acquisition provides Alternus with an additional 20 MWp of solar PV power generation capacity, and more than doubles its capacity in Romania to over 40 MWp.

In March 2021, Alternus bought two solar parks in Romania from Renesola Power, with a combined capacity of 15.4 MWp.

Operating since 2013, LJG produces around 25.5 GWh of power each year, delivering stable annual recurring revenues of around €6.4 million generated from sales of energy under contracted EU incentive programs until 2028 and to local energy companies under long-term Purchase Agreements (PPA’s) and/or to the country power grid.

Alternus paid €22 million for full ownership of the operating company having been adjusted for working capital changes between the contract reference date and actual closing. Alternus has held back just under €1 million of the proceeds that will be released on conclusion of an ongoing regulatory enquiry, less any amounts that may be payable.

“The strong relationships we have fostered with our partners across Europe, coupled with the tireless efforts of the entire Alternus team have been crucial in our ability to invest over €50 million in the acquisition of six solar PV parks so far this year,” added CEO Vincent Browne.

“Closing this acquisition allows us to focus on the next park, and the one after that, as Alternus strives to achieve its goal to become one of the leading pan-European solar IPP’s in Europe.”

Alternus Energy grows annual recurring revenues by 400% year-on-year to over €17 million, with acquisition of its largest operating park to date 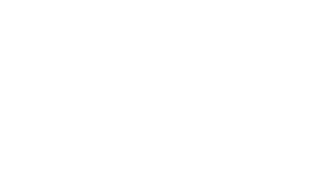