The project has 15-year support in place with the Dutch SDE+ subsidy in addition to a power purchase agreement with Eneco. The park will continue to operate after the subsidy period ends, securing the prevailing energy rates. 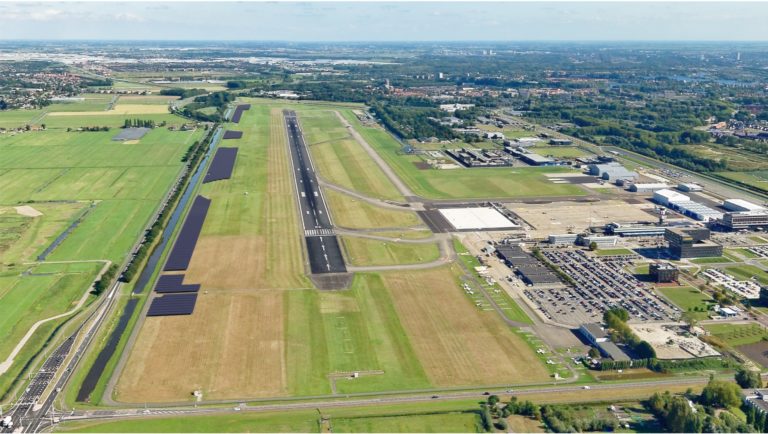 “This is another significant milestone for Alternus as it’s the first project we have delivered from initial development through to operation confirming our status as a fully integrated IPP. The entire process was managed in-house and was delivered on time and in budget, despite the complex nature of installing over 36,000 solar panels at an airport and connecting to the grid.”

Installation of the project began in mid-October 2021 and commercial operation date (COD) was reached at the end of February 2022. Operations and maintenance services for the project will be provided by Uper Energy Europe, a subsidiary of Unisun.

“We are delighted to have achieved COD for this project in partnership with RTHA. It has taken a few years to reach this point with many project-specific challenges, not to mention a global pandemic, but we made it. We currently have 255 MW of projects in development across the Netherlands, that we expect to deliver in the coming years, contributing further to national decarbonisation targets.”

“Energisation of this solar park is another milestone in the airport’s sustainability journey as we work towards becoming one of the most sustainable airports in the world. The energy produced by this solar park will offset emissions from our ground-based operations. We are pleased to have collaborated with a number of stakeholders, particularly Unisun Energy to achieve energisation, and look forward to working with Uper Energy for the operational phase.”

Alternus Energy Group Plc is an international vertically integrated independent power producer (IPP). Headquartered in Ireland, and listed on the Euronext Growth Oslo, the Company develops, installs, owns, and operates midsized utility scale solar parks. The Company also has offices in Rotterdam and America. Alternus Energy aims to own and operate over 3.5 gigawatts of solar parks by the end of 2025.

Alternus Energy appoints Mr. Javade Chaudhri as non-executive independent director and announces changes to the board of directors

Alternus Energy appoints Mr. Javade Chaudhri as non-executive independent director and announces changes to the board of directors